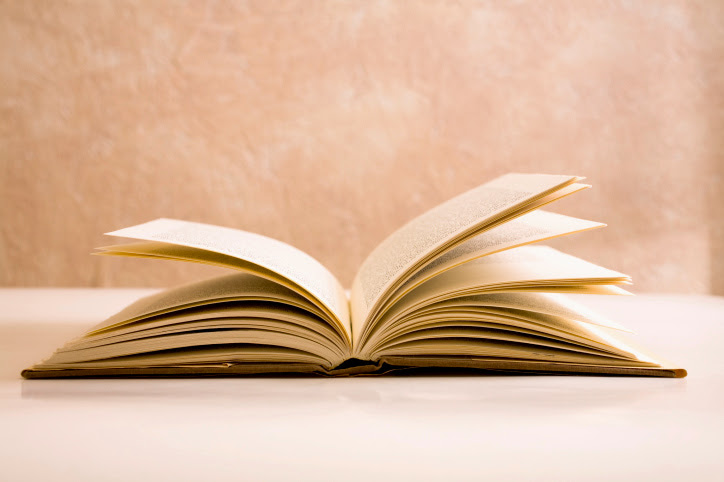 Am I a reader? Can I really call myself that?


I have been reading lots of other book blogs lately and thinking to myself , ‘Wow. These people really read. A LOT’. Now, I understand that a full time job and two year old twins doesn’t leave a lot of time for reading, but I have been feeling like someone who loves books rather than someone who loves reading books.


I collect books. When I hear about a book that sounds interesting I have to buy it there and then. The fact that I have probably hundreds of unread books in my house is not an issue for me, I buy more anyway.


But does this make me a reader?


In the past I had been very much against reading on a Kindle or an iPad, but now have both and find the experience of reading on them to be fine. Not as nice as a real book, but for convenience they are great. And of course, it is too easy to buy books for them, one click and it’s yours.


We went on holiday last week to a little cottage in the West of Ireland, and something happened to remind me that yes, I am a reader and that regardless of the convenience of an e-reader, sometimes nothing can replace the magic of an actual book.


Our little cottage was lovely, well equipped, homely and had a packed bookcase in the corner of the living room. After a good rummage and nestled between an autobiography of Peter Mandelson and Ireland’s Greatest Golf Courses I found a dog eared copy of The Secret Scripture by Sebastian Barry. I don’t know what made me take it out and have a look, but I did and I was well rewarded. 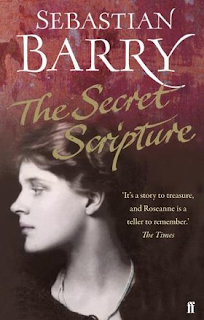 I have read Sebastian Barry’s plays, but never his novels, but that is now all about to change courtesy of this beautiful, moving and heart-breaking book.

Roseanne McNulty, a forgotten centenarian, and long-time resident of the Roscommon regional mental hospital, is attempting to organise her memories, some reliable, others evasive, through the writing of a testimony of her life. Her account forms the main part of this compelling novel, in which Roseanne's chronicle interweaves with that of her psychiatrist, Dr Grene, who is preparing his patient for the move to a new institution and in the process decides to look into the events that brought Roseanne to the institution in the first place.


"No one has the monopoly on truth," says Roseanne. "Not even myself, and that is a vexing and worrying thought." This book is in some ways about the search for truth, as much as it can be found and about memory and loss, pain and love. The beautifully lyrcial prose flows along in what is an undeniably well plotted and constructed novel. Yes, there is a twist, if you can call it that, but once it comes, everything else in the book becomes clear, what seemed to be chance becomes fate and we read Roseanne’s story anew.  This novel is arranged and imagined with immense skill, so that it is never unbalanced by its twists and turns even when they appear fantastical.


There are images in this magnificent book that will stay with me for a long time. Burning rats, smashed clocks, long gone dance halls and a young girl’s destructive beauty. For me though, the hammers and feathers will always fall on Roseanne and bring her to her fate, for good or ill.


I urge you to read this book, it is both moving and heartbreaking, historical and life-affirming. And I came to it by chance. I brought an iPad on holiday, filled to choking with any kind of book I might want to read, yet it was a book, lifted and opened by chance, that captured my imagination and my heart.


And that is where modern technology just can’t compete.
Posted by Mrs Madrigal at 03:37 4 comments:

A great writer with a great heart has passed.

Being one of our own, I grew up with his poetry.

His is a great loss.

This has always been my most favourite of his poems.

When the tilley lamp glowed,
A yolk of light
In their back window,
The child in the outhouse
Put his eye to a chink -
Little henhouse boy
Sharp-faced as new moons
Remembered, your photo still
Glimpsed like a rodent
On the floor of my mind,
Little moon man,
Kenneled and faithful
At the foot of the yard,
Your frail shape luminous,
Weightless, is stirring the dust,
The cobwebs, the musts
From droppings dried under the roosts
And dead smells from slops
Slipped in through the trap-door
By your mother and keeper.
Until they arrived
With warrants and cameras
Framing his life,
Crusading into that grief,
He had spoken no word.
How to speak for him?
Vigils, solitudes, fasts,
Unchristened tears,
His puzzled love of the light.
He speaks for me at last
With his elusive mime
Of something beyond patience,
His speechless obvious proof
Of those lunar distances
Travelled beyond love.

Seamus Heaney
Posted by Mrs Madrigal at 11:51 No comments:

A reminder of why I read...

I have started reading Flight Behaviour by Barbara Kingsolver. I am ashamed to say I have never read her before, despite hearing everyone I know raving about The Poisonwood Bible.

Sometimes there are authors that it takes you a while to get round to, you know?

Flight Behaviour is a beautifully written book. The first chapter alone has some astonishing prose, poetic, yet light and accessible. It is pure literary fiction, writing for the sheer beauty that can be created by words and imagination.

The stone is most definitely stonier with this book. I want to be reading it ALL THE TIME.
But you know, between twins and a job, that ain't going to happen. 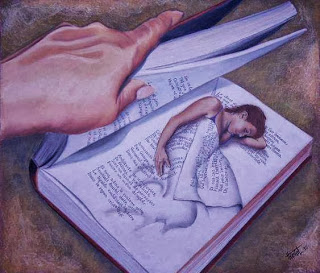 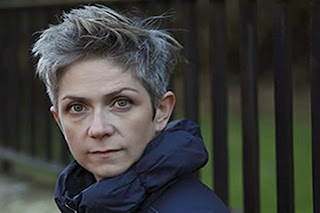 I have a new girl, crime, author crush. Denise Mina.

If you need convincing, the how about this? Mina has won the prestigious Theakstons Old Peculiar Crime Novel of the Year Award for the last two years running for the second and third instalment of her Alex Morrow series. She is also the writer behind Field of Blood which is screening tonight, no less, on BBC1.

Still Midnight is the first of her novels to feature DS Alex Morrow, a tough cop with a complicated personal life, who is called in to deal with the kidnapping of a seemingly unimportant shopkeeper. As procedurals go, it's a tight, well paced, nuanced read, but what raises it above and beyond the level of most crime fiction is the characterisation and sheer strength and, often, beauty of the writing.
Take this description of a shop counter:

'Behind it sat two high stools, still angled in to one another, as if duettists had just left the stage'

Or this description of DS Morrow:

'...wherever she was, whatever was going on in the gentle heave and sway of office politics, all she really cared about in the world was gone. McKechnie could sense that dark belligerent void and he knew that he couldn't touch her.'

Yes, Morrow has one of the standard crime detective tropes - a painful secret in her past - yet, rather than set it out at the start of the novel as an explanation for Morrow's actions, the reader doesn't hear about it until more than half way through the novel and even then, details are scant. Well chosen. Tempting.
An attention to detail and a believability in the world and the people of the novel mean that even the most  ludicrous seeming event takes on a mundanity and normality, each character an ordinariness and a recognisable quality that makes this novel more than a page turner. It is a page turner, don't get me wrong, but you won't want to rush through to the big reveal, you will want to savour each beautifully written chapter. Mina has been dubbed the Queen of Tartan Noir and that title does her a disservice. While the landscape of modern Glasgow is rendered with subtle social commentary and dank atmospherics, the novel could be happening anywhere in the UK today.

And the even better news? She's written 10 books! So now I get to check them all out. I love it when that happens.


It’s a beast of a thing, Twitter. I have long shared the opinion of writer Bruce Sterling who said,
“Using Twitter for literate communication is about as likely as firing up a CB radio and hearing some guy recite ‘The Iliad.’"
but I think that during this past week, Twitter may have proven me simultaneously both right and wrong. 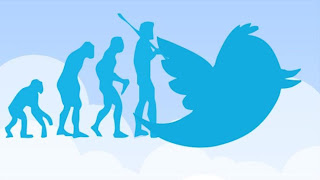 One word dominated my Twitter feed over the last few days.


If my feed was swamped with tweets about the rape threats against Caroline Criado-Perez, then I can only begin to imagine what hers was like. Following her successful campaign to have Jane Austen featured on banknotes, Criado-Perez was rewarded with up to 50 rape threats an hour from anonymous ‘trolls’, in what appears to have been a well orchestrated attack and almost blanket silence from executives at Twitter. Where Anonymous Angry Male would previously have had to make do with shaking his fist at the radio or television when a pesky woman spoke her mind, Twitter now provides an immediate and direct platform for 140 characters of hate and malice.


It was just out of sheer curiosity then, that I clicked on a link with the hashtag ‘rapejoke’. I assumed this would be a continuation of the Criado-Perez story or something relating to it.


In fact, it turned out to be one of the most powerful things I have read all year. I literally couldn’t stop reading it, over and over. Do yourself a favour and check it out:


This is one powerful poem. It seems intially to be an attack on rape jokes and yet I don’t know if it is  about rape jokes at all. It's about what it's like to be raped.  Lockwood has spent her life trying to laugh it off, laugh at it and not take it seriously. The poem forces the reader to reevaluate the rape joke and also reevaluate what constitutes rape itself. As the US comedian Sarah Silverman says
"Who is going to complain about rape jokes? Rape victims? They barely even report rape."


The fact that this poem went viral, should go some way to addressing  the issue of rape jokes, or at least make us question their validity as jokes at all. I believe that Lockwood has given voice to many women who have tried to laugh off what happened to them, myself included.


‘The rape joke is you went home like nothing happened, and laughed about it the next day and the day after that, and when you told people you laughed, and that was the rape joke.’

Posted by Mrs Madrigal at 07:27 No comments: 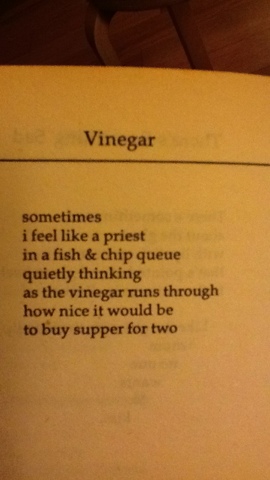 Posted by Mrs Madrigal at 07:06 No comments:

As much as I disagree with the idea of pitting books against one another in competition I do enjoy exploring some of the Booker nominees that may have gone under my radar. 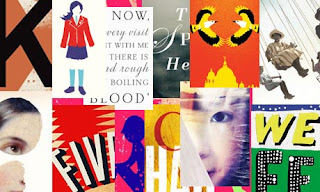 Delighted to see the inclusion of two of my favourite authors, Jim Crace and Colum McCann. Cue dramatic rise in book sales!